Barcelona outcast Philippe Coutinho is reportedly set to turn down a loan switch to Tottenham , according to talkSPORT .

The Brazilian has been offered to several Premier League sides by the Spanish giants, with Mauricio Pochettino believed to have been interested in securing the season-long loan before the transfer window slams shut on Thursday.

Barcelona had been willing to allow Coutinho to leave this summer after he fell out of favour at the Spanish champions, with any funds generated from the transfer planned for an attempt to secure Neymar’s return. 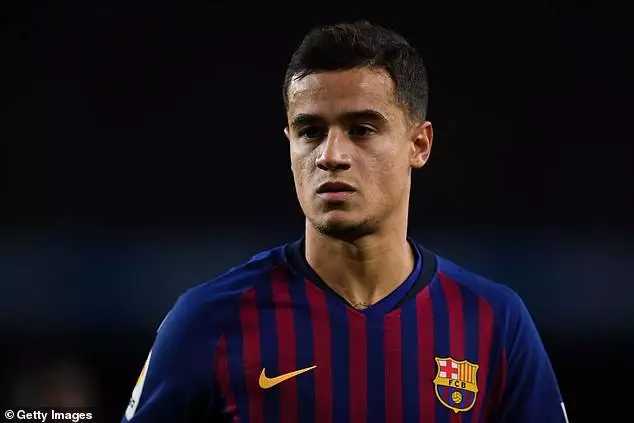 Coutinho was understood to have been keen on a return to England, triggering Spurs to assess their options ahead of Christian Eriksen’s potential switch to Manchester United.

SEE ALSO  Cardi B Told Me We Lookalike || Juliet Ibrahim

However, it emerged the chances of Eriksen going to Old Trafford ended on Tuesday morning.

Previous reports stated the star’s reluctance to leave the club on loan, amid concerns over his long-term future.

Arsenal and Manchester United had also been touted as possible destinations for the playmaker, although neither currently appear interested in a deal with priorities remaining elsewhere.

Coutinho had struggled to endear himself to the Barcelona faithful following his £145million move to the Nou Camp in January 2018, and he will be allowed to leave if a suitable party can be found.